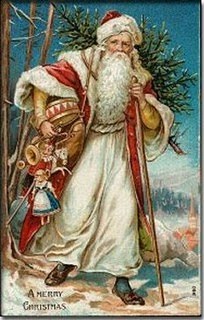 Its the most wonderful time of the year!! We had an amazing ice storm here in the north country and some power outages, but, it is beautiful here.

Merry Christmas to all of our Soldiers and their families!! We are so grateful for your sacrifice, especially during this holiday season. You are always in our thoughts and prayers. Stay safe and come home soon. 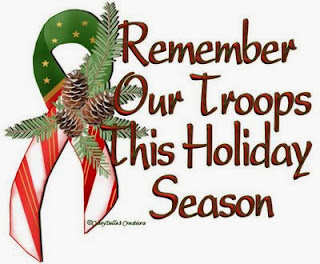 We wish all of our family and friends a very wonderful Christmas!! To all the beautiful and crafty bloggers....I wish you and your family a very Merry Christmas. I hope you have a wonderful day filled with love, joy and health. 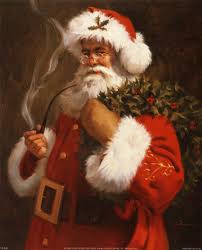 Merry Christmas E!! I love and treasure you so very much. Thank you for always giving me such a wonderful Christmas! Merry Christmas to our sweet yellow lab and fur baby Holly!! 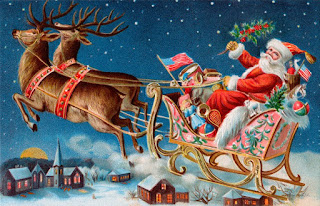 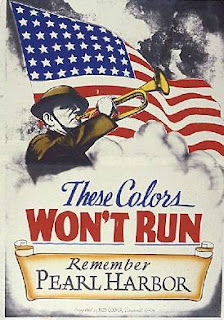 What do people do?
On the direction of the President, the flag of the United States of America should be displayed on the homes of Americans, the White House and all United States government buildings. The flag should be flown at half-mast to honor those who died in the attack on Pearl Harbor.

Many associations, especially those linked with Pearl Harbor survivors or those who died from the attack, participate in special services to commemorate the event. Memorial services are held at venues such as the USS Arizona Memorial in Pearl Harbor. Other activities include: wreath-laying ceremonies; keynote speeches by those associated with the event; luncheons; media stories on survivors’ recollections of the Pearl Harbor attack; and school activities to educate students about the attack on Pearl Harbor in relation to World War II history.
Public life
Pearl Harbor Remembrance Day is not a federal holiday. Government offices, schools, businesses and other organizations do not close. Public transit systems run on their regular schedules. Some organizations may hold special events in memory of those killed or injured in Pearl Harbor.
Background
On Sunday morning, December 7, 1941, the American Army and Navy base in Pearl Harbor, Hawaii was attacked by the Imperial Japanese Navy. The attack came as a surprise to the American Army and Navy and lead to great losses of life and equipment. More than 2000 American citizens were killed and more than 1000 were injured. The Americans also lost a large proportion of their battle ships and nearly 200 aircraft that were stationed in the Pacific region. More than 60 Japanese servicemen were killed, injured or captured. The Japanese Navy also lost five midget submarines and 29 aircraft.

In 1991, which marked the 50th anniversary of the attack on Pearl Harbor, the United States Congress established the Pearl Harbor Commemorative Medal. This is also known as the Pearl Harbor Survivor's Medal and can be awarded to any veteran of the United States military who were present in or around Pearl Harbor during the attack by the Japanese military. The medal can be awarded to civilians, who were killed or injured in the attack.
Symbols
Memorials have been built to remember or to symbolize the day. For example, the USS Arizona Memorial in Pearl Harbor is a marble memorial built over the sunken USS Arizona, which was dedicated in 1962. The memorial remembers all military personnel who were killed in the Pearl Harbor attack. The memorial was designed by architect Alfred Preis, an Austrian-born resident who lived in Honolulu and was placed at a detainment camp after the Pearl Harbor attack as part of the internment policy of Japanese and German Americans at the time.
Another memorial that commemorates Pearl Harbor Day is the USS Utah, a battleship that was attacked and sunk in Pearl Harbor on December 7, 1941. A memorial to honor the crew of the USS Utah was dedicated on the northwest shore of Ford Island, near the ship's wreck, in 1972. The ship was added to the National Register of Historic Places and declared a National Historic Landmark in 1989. It is also Utah’s official state ship. Memorabilia, books, and movies about the attack on Pearl Harbor in 1941 have also been made available to the public over the years.