I won at Salt Tree's Giveaway

I would like to thank Amber @ Salt Tree for their giveaway back in June. Also, thanks to Kristen Bourdier, from Fanciful Felt, for providing this sweet giveaway! These adorable headbands are for little girls...aren't they sweet!!! 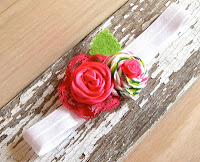 I'm sorry it has taken me so long to blog about winning. I have just been enjoying these beautiful summer days and busy sewing. 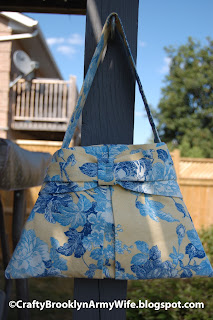 I hope you all had wonderful holiday weekends (American and Canadian). I finally completed a test pattern I was doing for Samantha At Home With Mrs H and you can purchase the pattern on her Etsy site.  I absolutely loved the look of this bag and couldn't wait to test it out. I love how the bow and pleat made it feel vintage. 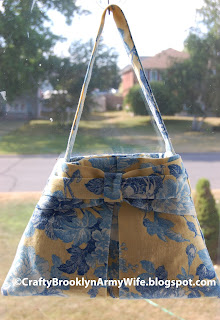 There was the option of doing either an adjustable strap or a normal strap. I couldn't locate the adjustable strap kit at the local store here in Canada. So, next time I am in the states I will pick one or two up. There are two pockets on one side of the inner lining and a zippered pocket on the other side. I also did my first magnetic closure (not pictured). 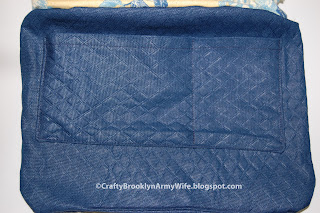 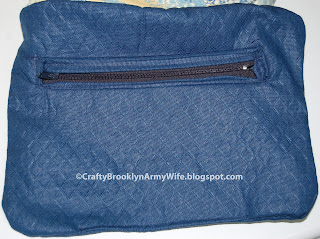 I hope everyone has a wonderful weekend.  I am linking up with these parties and TCB. 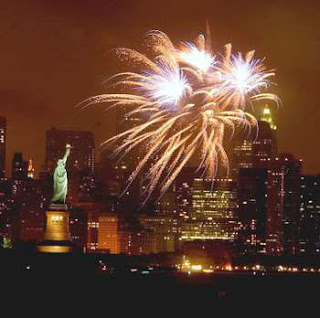 Independence Day, commonly known as July 4th or the Fourth of July, commemorates the Continental Congress’ adoption of the Declaration of Independence on July 4, 1776. The document, primarily written by Thomas Jefferson, served as a formal announcement that the 13 American colonies were no longer part of the British Empire and would henceforth be free and independent states. Regarded as the birthday of the United States of America, the day is typically celebrated with parades, fireworks, ceremonies, barbecues and family gatherings. The Fourth of July is America's birthday -- our most patriotic celebration.For Military families locally with loved ones serving in Afghanistan it holds special meaning. To everyone who currently serving and or a veteran, I say Thank you. Thank you for the sacrifices you have made in the past, and for the sacrifices you are making now, or will make in the future. Without you, our country would not have such a history to be proud of, and we would not be able to continue to make history. You are among the bravest, most courageous, dedicated, compassionate and hard working people of our nation; you are the best of the best. On this Fourth of July, be proud, be proud of whom you are and what you’ve done and what you do, and know that no matter what happens, America is behind you!

Thank you E for keeping us safe and protecting our country and our freedom!! I love you and I am so very proud of you. 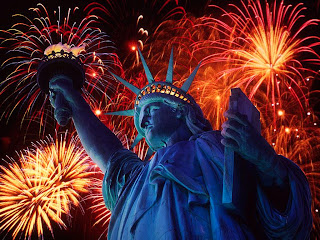 I miss seeing the fireworks in lower Manhattan. When I was a kid I would watch them from the roof of the apartment building of where we grew up in Brooklyn with my family, or the Brooklyn Promenade or we would go into the city to watch them from the East Side. There was something so magic seeing the the skyline light up with beautiful colors and hearing the patriotic music to go along with it.

“In the truest sense, freedom cannot be bestowed; it must be achieved.” – Franklin Roosevelt

"Freedom is nothing but a chance to be better.”  – Albert Camus

Stay safe everyone and have a wonderful evening with family and friends.

Email ThisBlogThis!Share to TwitterShare to FacebookShare to Pinterest
Labels: Fourth of July
Location: Kingston, ON Canada 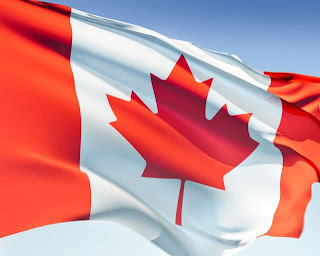 I want to wish all of my Canadian friends a very Happy Canada Day!! I have met so many wonderful people up here and have really enjoyed living up here.


On July 1, 1867, Canada became a self-governing dominion of Great Britain and a federation of four provinces: Nova Scotia; New Brunswick; Ontario; and Quebec. The anniversary of this date was called Dominion Day until 1982. Since 1983, July 1 has been officially known as Canada Day.


What do people do?


In many towns and cities, municipal governments organize a range of events, often outdoors. These include pancake breakfasts, parades, concerts, carnivals, festivals, firework displays and citizenship ceremonies for new Canadian citizens. The celebrations often have a patriotic mood. Canada's national flag is widely displayed and a lot of people paint their faces red and white, which are Canada's national colors. The celebrations in Ottawa, which is Canada’s capital city, are particularly exuberant. 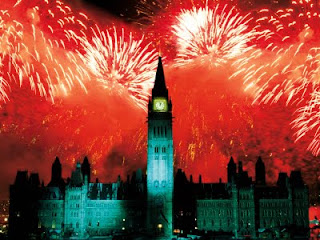 In the province of Quebec, many home leases start on July 1 and last for exactly one year. Hence, many people in Quebec spend Canada Day moving their possessions from one house to another. In this province, Canada Day is also known as Moving Day.
In the province of Newfoundland and Labrador, July 1 is also Memorial Day. This commemorates the heavy loss of life in the Newfoundland Regiment on the first day of the Battle of the Somme during World War I. In Newfoundland and Labrador, the morning of July 1 is usually somber. Flags are flown at half-mast and memorial services are held at cenotaphs (war memorials). In the afternoon, Canada Day celebrations in the province are similar to those in the rest of the country.

July 1 is a statutory holiday in Canada unless it falls on a Sunday; then it moves to July 2. All provincial governments observe this day. Many organizations, businesses and stores are closed, although some book stores, pharmacies and gas stations may be open. Post offices are closed. As Canada Day falls in the Canadian summer holiday period, all schools are closed.
Public transport services may operate to their usual or a reduced timetable. In some areas, extra services are provided for large scale events. Street closures due to concerts, parades and festivals may cause some local disruption to traffic.

On July 1, 1867, the British North Americas Act created the Dominion of Canada as a federation of four provinces. This event is known as the confederation of Canada. The four original provinces were created from the former British colonies of Nova Scotia, New Brunswick and the Province of Canada, which was divided into the provinces of Quebec and Ontario. Canada's boundaries have been extended since 1867. The country now consists of 10 provinces and three territories.
On June 20, 1868, the Canada's Governor General proclaimed that Canadians should celebrate the anniversary of the confederation. July 1 became a statutory holiday, known as Dominion Day, in 1879. However, no official celebrations were held until the 50th anniversary in 1917 and the 60th anniversary in 1927. After World War II, Dominion Day was celebrated more frequently and more events were organized by the national government. After the centenary of the confederation in 1967, Dominion Day events became more widespread. July 1 became popularly known as Canada Day. The date was also officially known as Canada Day from 1983 onwards.
Since 2006, Canada Day celebrations were also held at London's Trafalgar Square in the United Kingdom. It is expected that these celebrations will be held annually. Depending on the availability of Trafalgar Square, these events may be held just before, on or just after July 1.

Posted by Crafty Brooklyn Army Wife at 8:00 AM 1 comment: